Government Lowers the Family and Welfare Benefit Allowance Threshold: 11,000 Families will Not be Stripped of Benefits 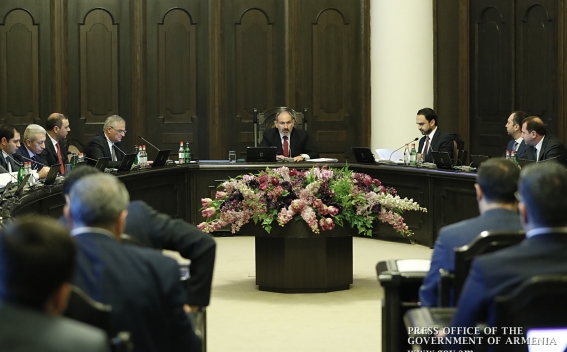 The Government decided to streamline the process of payment of family allowances, welfare benefits and lump-sum assistance in 2020. The decision suggests preserving the amount of benefits available in 2020, inclusive of child allowances by lowering the vulnerability threshold to 28.00 instead of 30.00.

In this regard, Prime Minister Pashinyan noted that a lower threshold implies that those households are given the opportunity to continue receiving benefits. “I mean that increased pensions might prevent them from being eligible for social benefits. Hence, we will bring down the threshold to 28 from 30. As a result, not only shall 11,000 families maintain access to benefits, but nearly 1,000 new families will be eligible for getting social assistance. I think this is the right decision. We have a negative attitude towards the applicable benefit system, as a whole, but before the planned reforms could take effect, it is crucial for us to ensure that beneficiaries and an additional group of 1000 families go through an adaptation period.”

The Government approved the concept of enhancing the efficiency of agricultural land use and the action plan. The necessity of adopting the concept is due to the low level of use of agricultural land across the country and the need to clarify the state policy towards this problem. The reference note says that the privatization process has resulted in a system of private ownership, which makes that most of the new land owners are not engaged in economic activity and the privatized plots of land are out of economic circulation.

The Prime Minister also referred to issues related to cadastre and mapping in this context. “Today we face some of the consequences of land privatization in the republic, which are a real obstacle to the development of our economy. First of all, I mean that the plots of agricultural land are cut down terribly.” Nikol Pashinyan noted that the problem is quite delicate and calls for detailed work and the planned steps should be 100% transparent.

The Cabinet next approved the Government’s legislative initiative to amend the Tax Code of the Republic of Armenia. The bill seeks to make the drug market more manageable. In particular, by combining Vero and the One-Stop-Shop systems, it will be impossible to label unregistered drugs. When scanning a drug with the Tax Stamp app, both the examiner, the pharmacy, and the consumer will be able determine whether a drug is certified and safe at any place, without additional drug testing, which will keep the whole market free from unauthorized drug circulation.

The Government decided to substitute the working of January 27, 2020 with the Saturday of February 1.