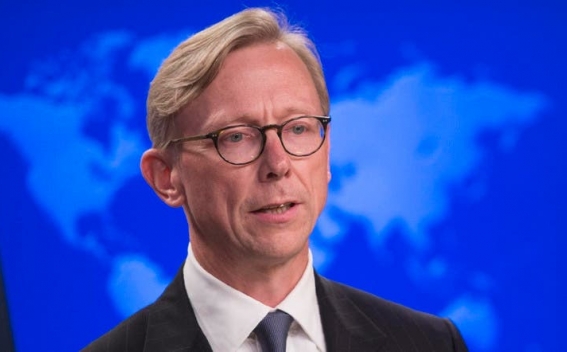 The US special representative for Iran said the successor to General Soleimani, the Iranian commander assassinated in a US drone strike, would suffer the same fate if he followed a similar path of killing Americans, Mehr News reports.

"If (Esmail) Ghaani follows the same path of killing Americans then he will meet the same fate," Brian Hook told the Arabic-language Asharq al-Awsat newspaper, adding that US President Donald Trump had long made it clear "that any attack on Americans or American interests would be met with a decisive response."

"This isn't a new threat. The president has always said that he will always respond decisively to protect American interests," Hook said in the interview in Davos.