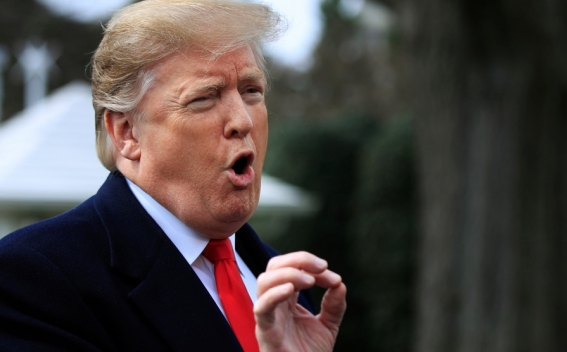 US President Donald Trump lauded his legal team on Sunday, saying it ''shredded'' the arguments of Democrats, the day after White House lawyers made their first presentation in the Senate impeachment trial, The New York Post reports.

''The Impeachment Hoax is a massive election interference the likes of which has never been seen before. In just two hours the Radical Left, Do Nothing Democrats have seen their phony case absolutely shredded,'' Trump posted on Twitter.

''Shifty is now exposed for illegally making up my phone call, & more!,'' the president wrote, using his favorite nickname to refer to Rep. Adam Schiff.

Moments after the first tweet, Trump posted another about Schiff.

''Shifty Adam Schiff is a CORRUPT POLITICIAN, and probably a very sick man. He has not paid the price, yet, for what he has done to our Country!'' the president said.

Schiff, the chairman of the House Intelligence Committee, played a prominent role in the House’s impeachment inquiry and is leading the Democrats’ legal team in the Senate trial.