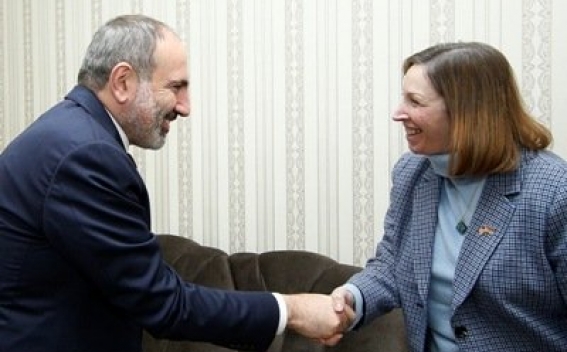 "The Prime Minister attached importance to the Armenian-American cooperation in the defense sector and welcomed the general’s visit to Armenia especially during these days when the 28th anniversary of the Armenian Army is celebrated. Nikol Pashinyan added that the Government of Armenia is interested in raising the level of bilateral partnership and expressed certainty that Lee Tafanelli’s visit will contribute to this. During the meeting the interlocutors discussed issues related to the Armenian-American cooperation agenda in both defense and other sectors", the PM’s office said.