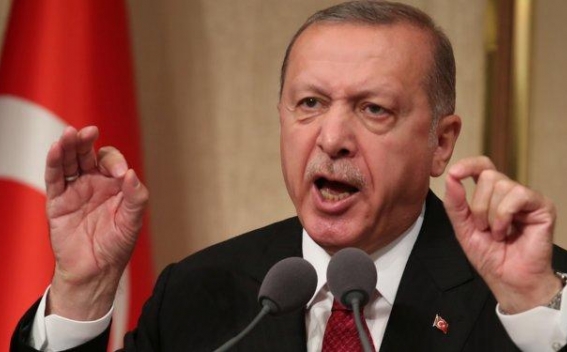 The Turkish president, once again trying to show that the history of those countries which accuse Turkey for perpetration of the Armenian Genocide is also not pure, said:  "During my visit to Algeria, President Abdelmadjid Tebboune told me that France had massacred 5 million of his compatriots."

Then Erdogan reiterated that they demanded to open all the archives. "The French president does not know these things, we have to tell him all this."

During the annual gala dinner of the Coordination Council of Armenian Organizations of France President Macron spoke about the Armenian Genocide international recognition process, and emphasized that France is engaged in the process for already 19 years. Macron underscored that Turkey has based its policy on revisionism. ''No great history is shaped on lies, denial and revisionism,'' Macron said.

He also emphasized that legal work is under way to criminalize the denial of the Armenian Genocide.