Comment by Chairwoman of Artsakh CEC on Azerbaijani CEC Statement 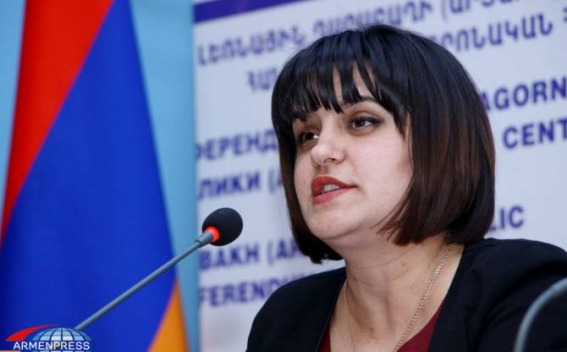 Chairman of the Central Electoral Commission  of Artsakh Srbuhi Arzumanyan issued a statement when commenting on the Azerbaijani CEC statement, News.am reports.

Such a statement by Azerbaijan is ridiculous. Just a few years ago, the Azerbaijani authorities tried to annihilate the peaceful population of the Republic of Artsakh, claiming that there were no civilians in Artsakh, and subjected the peaceful settlements of our country to large-scale attacks. And now they are cynically declaring that the citizens of Artsakh can participate in the upcoming elections in Azerbaijan.

I would like to stress that there is no legal-political connection between the citizens of the Republic of Artsakh and the state of Azerbaijan. The people of Artsakh declared the establishment of its independent statehood yet at the December 10, 1991 referendum.

For 29 years already, the citizens of the Republic of Artsakh have effectively exercised their inalienable right by establishingtheir own state structures through free and transparent expression of will. And the regular national elections in Artsakh scheduled for March 31 will be another step on the way to the continued strengthening of the democratic statehood in our country.