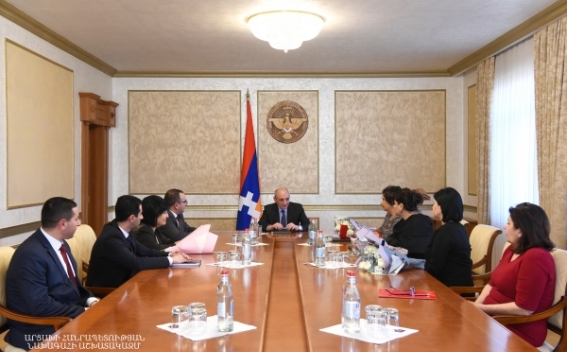 On 7 February Artsakh Republic President Bako Sahakyan for the contribution to the sphere of musical art and in connection with the 20th anniversary of the "Mrakats" State Chamber Choir foundation handed in state awards to a group of distinguished representatives of the collective and the relatives of those who have been honored with the awards posthumously.
Bako Sahakyan congratulated members of the choir with the jubilee underlining the significant role of the "Mrakats" State Chamber Choir in the cultural life of Artsakh.
Artsakh Republic minister of culture, youth affairs and tourism Lernik Hovhannisyan and other officials partook in the event.