Some Roads in Armenia are Cosed and Difficult to Pass 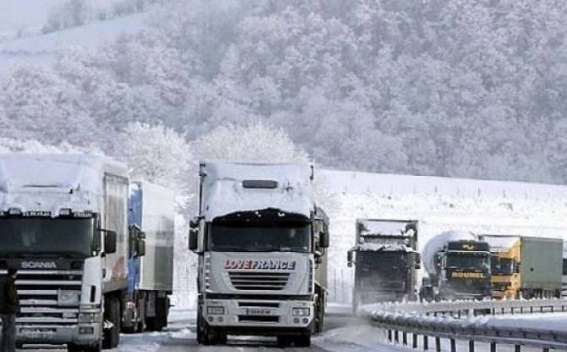 According to the Ministry of ES of RA on February 10 by 13:00 some roads in Armenia are closed and difficult to pass.

Vardenyats Pass and the roadways leading to Amberd fortress and lake Kari of Aragatsotn province are closed.

Saravan-"Zanger" (snowstorm), Chayni turns (snowstorm), Jermuk-Gndevaz (snowstorm), Sotk-Karvachar, as well as the intercommunity roadways of Aparan and Aragats regions of Aragatsotn province are difficult to pass.

Black ice is formed in some places on the roadways of Kotayk, Gegarkunik, Lori, Shirak and Syunik provinces.

According to the information received from the Ministry of Emergency Situations of the Russian Federation, Republic of North Ossetia, there are 1098 vehicles - 950 trucks and 148 cars gathered on the Russian side.