US President Expects 5-7 Million People to Welcome PM Modi, Him in Ahmedabad 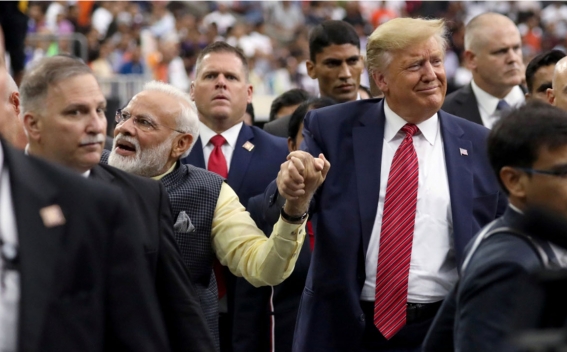 S President Donald Trump and Prime Minister Narendra Modi's bonhomie will be up for display once again later this month and now the US President has said his Indian counterpart has promised him that millions and millions of people will attend the Gujarat event and also cheer them on at the airport, India Today reports.

A day after the White House announced Trump's India visit on February 24 and 25, Donald Trump said on Tuesday he is looking forward to the India visit. He also said that he spoke to PM Modi over the weekend about his visit.

"I am (going to India). He (PM Modi) said we will have millions and millions of people. He thinks we will have 5-7 million people just from the airport to the new stadium," said Donald Trump, while talking to the media about his upcoming tour.