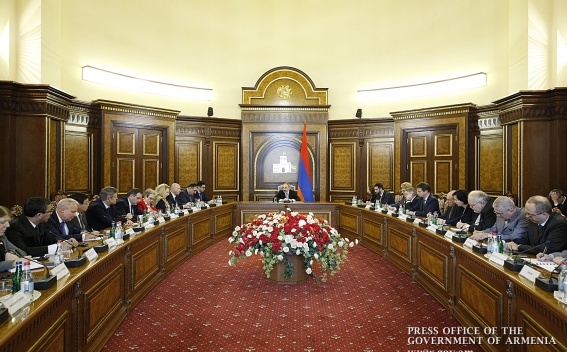 Prime Minister Nikol Pashinyan held a meeting with ambassadors of OSCE countries to Armenia, the Prime Minister’s Office said in a news release.

During the meeting the Prime Minister addressed in detail the situation around the Constitutional Court, the upcoming referendum on Constitutional amendments and the circumstances of holding the referendum.

Prime Minister Nikol Pashinyan also spoke about the broad agenda of reforms of the Armenian Government, the democratic changes taking place in Armenia and the government’s anti-corruption policy.

The PM also answered various questions given by the ambassadors.