5 to 7 Million People from Airport to Stadium: Trump on His Visit to India 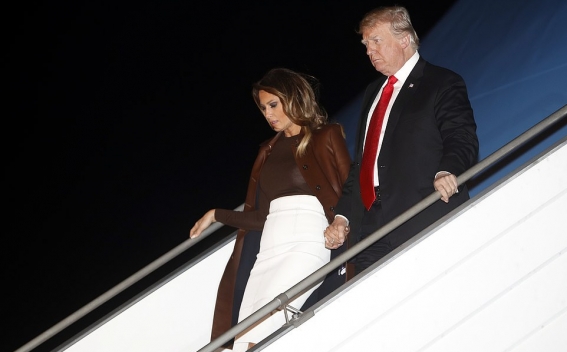 US President Donald Trump has said that he is looking forward to his first visit to India later this month and indicated that the two countries may sign a trade deal.

At the invitation of Prime Minister Narendra Modi, Donald Trump is slated to travel to India on February 24 and 25. In addition to New Delhi, he will stop in Ahmedabad in Gujarat to address a joint public meeting with PM Modi at a stadium, NDTV reports.

"He (Modi) is a great gentleman and I look forward to going to India. So, we'll be going at the end of the month," President Trump told reporters in his Oval Office, a day after the White House announced dates of his anticipated India trip.

"He (Modi) said we will have millions and millions of people. My only problem is that last night we probably had 40 or 50,000 people... I'm not going to feel so good... There will be five to seven million people just from the airport to the new stadium (in Ahmedabad)," Donald Trump said.

The two leaders are expected to joint address a massive public rally at the newly build Motera Stadium in Ahmedabad.