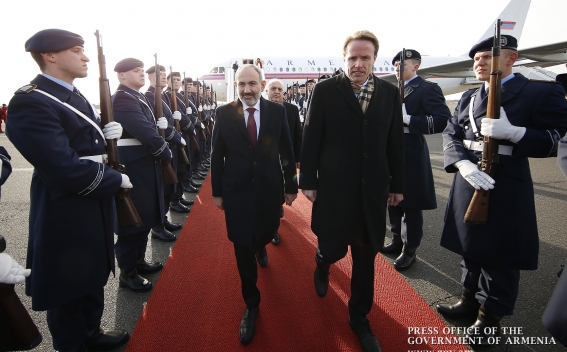 Prime Minister Nikol Pashinyan has arrived in the Federal Republic of Germany on a working visit. After the welcoming ceremony, held at Tegel Airport in Berlin, the Prime Minister left for the German Bundestag where he is to meet with Bundestag President Wolfgang Schäuble.

The Prime Minister next will meet with German Chancellor Angela Merkel in Berlin. The meeting will be followed by a joint press conference for mass media representatives.

Later in the day, the Premier will meet with a group of German scientists and experts at the Friedrich Ebert Foundation of the Social Democratic Party.