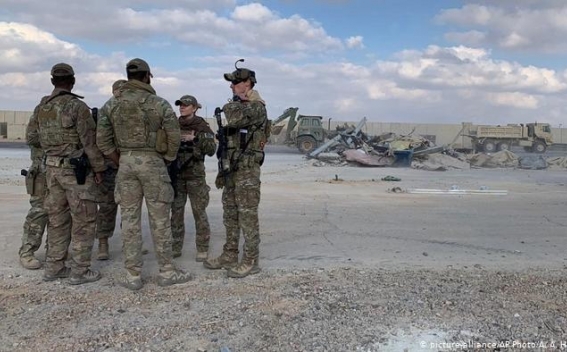 pictures alliance / AP / A. A. Hassan

Small rockets have hit the Iraqi base hosting American and other troops in Baghdad's Green Zone early Sunday local time, a U.S. military spokesman confirmed in a statement, Axios reports.

"The attack at the base hosting International Coalition for Operation Inherent Resolve troops occurred just before 3:30 a.m., said the spokesman, Col. Myles B. Caggins III. There were no casualties and an investigation has been opened into the incident," he added.

No group has claimed responsibility for the blasts, which come after Iran's Jan. 8 missile attack on U.S. bases in Iraq.