Feast of St. Vartan the Captain and Companions 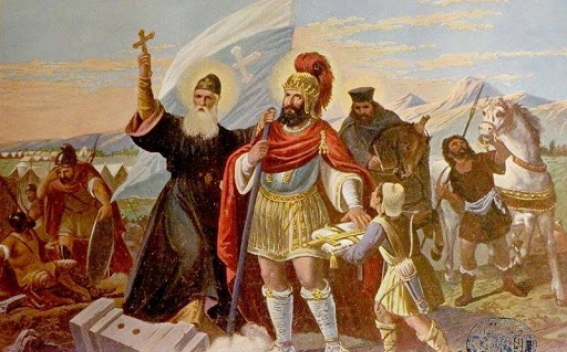 The Feast of St. Vartan the Captain and his 1036 Companions marks their martyrdom 1551 years ago in the battle of Avarayr, fighting for the freedom of conscience and religion for the Armenian Nation. It was to be the first testimony of many to follow that the Armenians were a people who freely chose Christ, remained steadfast in their Christian faith, and would not betray that faith for any ransom. “Vartanants” as it is commonly called, is one of the most sacred feasts of the Armenian people.

In the Armenian Church, the Feast day of St. Vartan the Captain and Companions is also celebrated as the Naming Day of His Holiness Karekin II. To mark the occasion, at the conclusion of Divine Liturgy, a Pontifical Prayer is offered before the Holy Altar of Descent, Qahana.am informs.