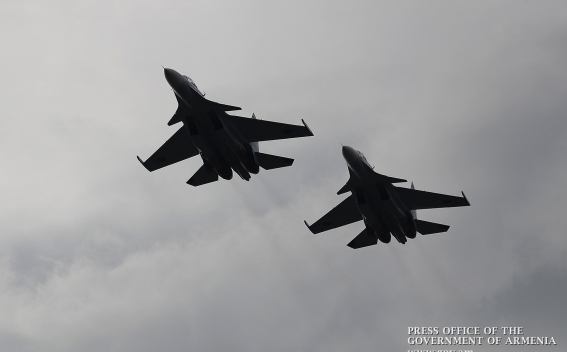 Armenia is the world’s third most militarized country, according to the 2019 edition of the Global Militarization Index (GMI) by BICC, News.am reports.

Armenia is behind Israel and Singapore only, and tops the list of most heavily militarized countries in Europe.

The ten countries with the highest levels of militarisation in 2018 are Israel, Singapore, Armenia, Cyprus, South Korea, Russia, Greece, Jordan, Belarus and Azerbaijan. These countries allocate particularly high levels of resources to the military in comparison to other areas of society, the report shows.

“Both Baku and Yerevan are currently modernising the old army and air force weapons systems, for which they have awarded various large-scale contracts to Russian weapons manufacturers. The result is rising military spending on both sides,” the authors say.

Azerbaijan’s is tenth in the list, while Armenia’s other neighbors – Georgia and Turkey – are the 49th and  20th respectively.