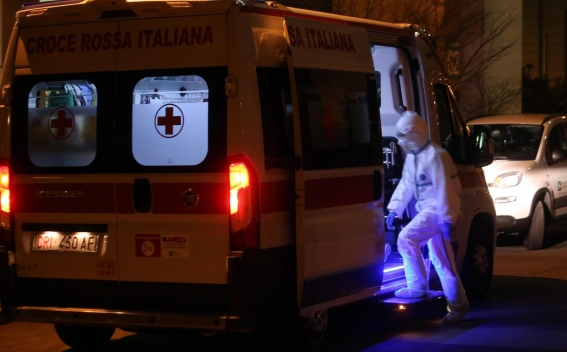 ears mounted on Saturday over the rise of new cases and fatalities outside China from the coronavirus outbreak, as the World Health Organization warned of a shrinking window to stem the spread of the deadly disease, The Telegraph reports.

The warning came as the first European died from the new COVID-19 strain, which first emerged in December in central China but has now spread to over 25 countries and caused more than a dozen deaths outside the country.

A 78-year old Italian man died after testing positive for the virus  just hours after 10 towns were locked down following a flurry of new cases. The death toll reached four in Iran, and a number of cases reported across the Middle East, including the first infections in Israel and Lebanon.

A second person died in South Korea, authorities reported Saturday, as the number of cases in the country spiked.

The Italian man from the Veneto region who had tested positive for the virus died in hospital, where he had recovered some 10 days earlier for an unrelated health issue, Italy's health minister said.

Adriano Trevisan was a retired bricklayer and one of two with the disease in the region, while 15 other people were discovered to have caught the virus in Lombardy, which took immediate measures to isolate affected areas.

Five doctors and 10 other people tested positive for the virus in Lombardy, after apparently frequenting the same bar and group of friends, with two other cases in Veneto, authorities said at a press conference.

None of those infected were believed to have travelled to China, the epicentre of the new illness, and local authorities in Italy scrambled to contain the outbreak.

South Korea on Saturday reported a six-fold jump in viral infections in four days to 346, most of them linked to a church and a hospital in and around the fourth-largest city where schools were closed and worshipers and others told to avoid mass gatherings.

Initial infections were linked to China, but new cases in South Korea and Iran don't show a clear connection to travel there.