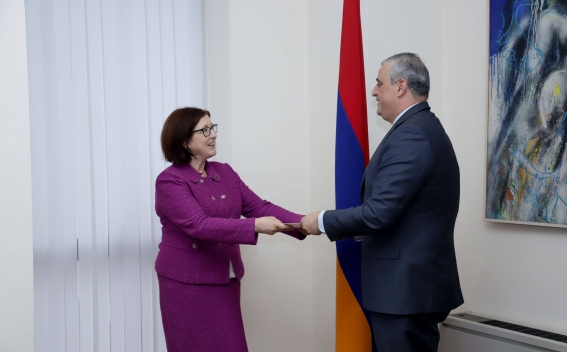 On February 25, Alison LeClaire, the newly appointed Ambassador of Canada to Armenia (residence in Moscow) presented the copies of her credentials to Grigor Hovhannisyan, Deputy Foreign Minister of Armenia.

The Deputy Minister congratulated Ambassador LeClaire on his appointment and expressed hope that the both sides would continue working towards enriching the bilateral political agenda.

During the meeting the interlocutors discussed the efforts aimed at enhancing bilateral relations in various areas, including boosting interparliamentary ties, Canada’s support to the democratic processes in Armenia, and the prospects for enhancing economic relations. They also touched upon the prospects of organizing high-level meetings and visits in the near future.