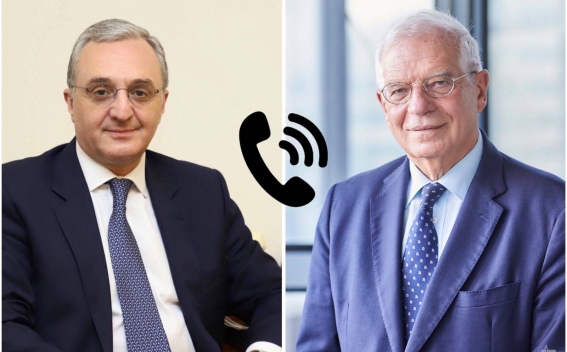 Foreign Minister Zohrab Mnatsakanyan of Armenia had on Tuesday a telephone conversation with Josep Borrell, High Representative for Foreign Affairs and Security Policy of the European Union/Vice-President of the European Commission, the Foreign Ministry’s press service reported, ''Panorama.am'' reports.

The officials exchanged views on the multilateral agenda of the EU-Armenia partnership, highlighted the Eastern Partnership as an important platform for the realization of common values and goals with the EU. They also stressed the importance of the Armenia-EU Comprehensive and Enhanced Partnership Agreement (CEPA).

The timetable of the upcoming bilateral and multilateral events was discussed during the telephone conversation.

At the request of the top EU official, Mnatsakanyan introduced Armenia's principled position on and approaches to the Nagorno-Karabakh (Artsakh) conflict, as well as touched upon the recent meetings within the framework of the Karabakh peace process.