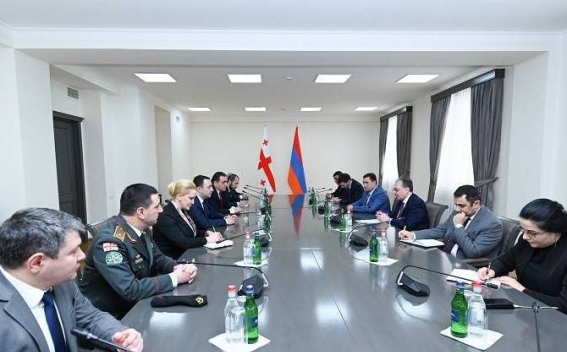 The two sides praised the high level of the historical friendship and friendly relations and reaffirmed the bilateral readiness to take steps to expand and enrich the Armenian-Georgian comprehensive agenda.

FM Mnatsakanyan praised the current dialogue between Armenia and Georgia at various levels, as well as the comprehensive cooperation agenda which is conditioned by the strategic cooperation of the two countries.

The ministers and meeting participants touched upon a number of regional issues. The foreign minister introduced Armenia’s principled position and approaches on the peaceful settlement process of the Nagorno Karabakh conflict to the Georgian side. Both sides noted that there is no alternative to the peaceful settlement of conflicts.