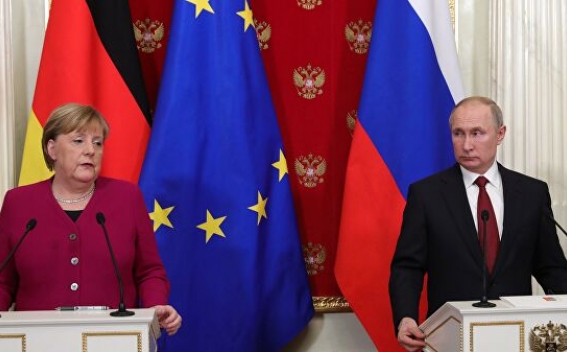 Russian President Vladimir Putin held a telephone conversation with German Chancellor Angela Merkel during which they expressed hope that the upcoming Russian-Turkish high-level meeting in Moscow will be productive, the Kremlin press service said in a statement, RIA Novosti reports.

"The sides discussed in detail the issues of the Syrian settlement given the current worsening situation in the Idlib de-escalation zone. In this context, they voiced hope that the upcoming March 5 Russian-Turkish high-level meeting will bear fruit".

The phone talk was held at the initiative of the German side.