Russia Ready to Beat Back any Aggressor Like Soviet Union Did in WWII: Putin 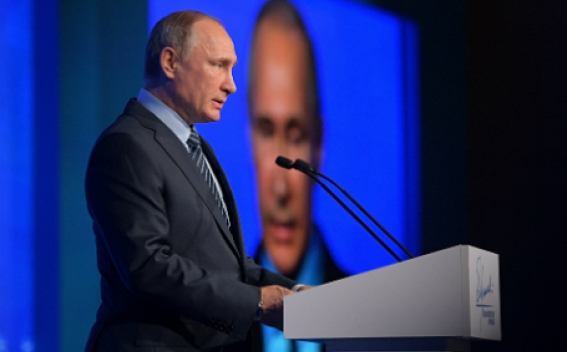 Russia is ready to respond to any aggressor who will dare to repeat Nazi Germany’s attack on the Soviet Union, President Vladimir Putin told TASS in an interview for the project entitled "20 Questions with Vladimir Putin".

When commenting on a popular Russian car slogan reading "We can repeat it," Putin recalled another famous phrase: "Whosoever comes against us by the sword shall perish by the sword."

"The Soviet Union was subjected to a dreadful, horrible, unforgivable attack by Nazi Germany. We lost 27 million people. No other country in the world sustained such an enormous loss. So, if anyone ever dares to try anything like that again, ‘we can repeat it’," Putin said.

He pointed out that Russia "never wanted it and never will." "Accordingly, the Russian leadership, too, has never looked at this issue from that angle," the president added. As a follow-up to the discussion about car slogans related to the Victory Day, the head of state brought up another popular one, "Thank you Grandpa for the Victory."