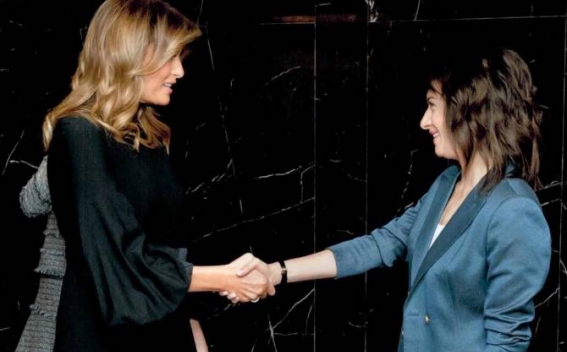 The Office of spouse of the Armenian prime minister Anna Hakobyan released details from the March 4 meeting of Mrs. Hakobyan with US First Lady Melania Trump in Washington D.C..

Mrs. Hakobyan’s spokesperson Hasmik Harutyunyan told Armenpress that the meeting was held before the International Women of Courage Award.