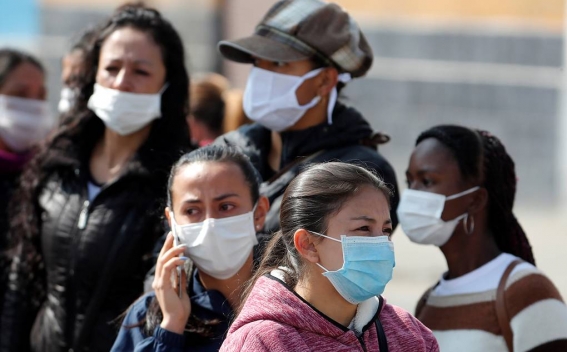 A total of 292,142 confirmed coronavirus cases and 12,784 deaths have been registered worldwide, according to the data as reported by national authorities as of March 21, the World Health Organization (WHO) said in its daily information note overnight into Monday, TASS reports.

Western Pacific Region, including China, the Republic of Korea and Japan, comes second with 94,787 confirmed cases of COVID-19 and 3,438 deaths.

Four new countries and territories have reported cases of COVID-19 over 24 hours.

"There has been a rise in criminals disguising themselves as WHO to steal money or sensitive information. WHO urges individuals to stay alert and to verify the authenticity of the request," the Organization warned.

The COVID-19 coronavirus outbreak that occurred in late 2019 in Central China has spread to over 150 countries and territories and has been recognized as a pandemic by the World Health Organization.