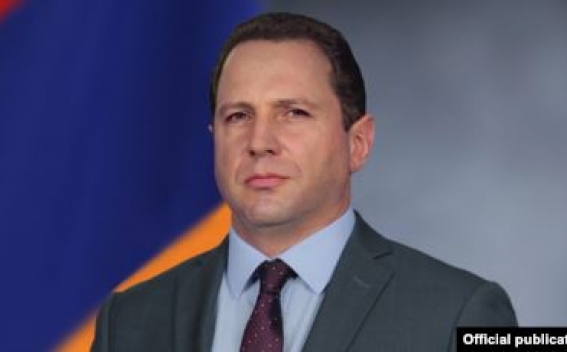 Three Armenian military servicemen have tested positive for COVID19. They are hospitalized, Defense Minister Davit Tonoyan said in a statement released through his spokesperson.

The three servicemen were tested on March 25 because a family member of one of the soldiers had earlier been diagnosed with the disease. "The three cases are connected and are linked to one of the clusters that was recorded earlier in our country," Tonoyan said in the statement, Armenpress reports.

He said comprehensive preventive measures were being taken in the military, but "nevertheless, it is impossible to prevent the virus’ spread into the army because a big portion of the servicemen are in daily contact with the civilian population". He said the three soldiers are from a military base which is not on combat duty. The three soldiers were isolated before the confirmation.

"The servicemen are now hospitalized, they are in normal condition, they haven’t developed pneumonia. One of them has mild fever, the other two don’t have any symptoms," Tonoyan said, adding that the troops will receive high-quality treatment.

All direct contacts of the servicemen have been quarantined and another 32 soldiers have been tested pending results.

He said the military base where the cases were confirmed is located "on a significant distance from the frontline". Tonoyan said heightened measures are being taken, with medical personnel monitoring the troops.

At the same time, Tonoyan noted that the heightened disinfecting and other anti-epidemic measures which are being taken in military bases for the past one month have resulted in an abrupt decrease of other not-less dangerous infectious diseases, "which definitely proves the effectiveness of these measures". He said that acute respiratory disease cases, chickenpox cases, tonsillitis cases have dropped 4 times, while not a single gastro-intestinal infection case has been reported whatsoever.

"I am sure we will in this front as well," Tonoyan said.

The total cumulative number of COVID19 cases in Armenia is 290, 18 of whom have recovered.