Time: In Singapore, Standing Too Close Can Now Get You 6 Months in Jail 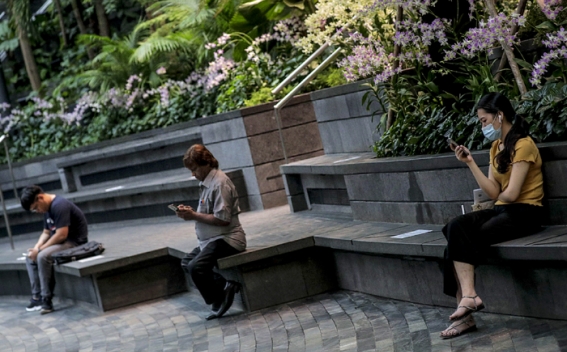 In Singapore, one of the most densely populated places in with world, sitting or standing too close to another person is now a crime, punishable by up to six months in jail or a $7,000 fine, Time reports.

The new laws came into effect on Friday as the city-state takes drastic measures to try to curb the spread of COVID-19 amid a surge in new cases linked to travelers who have come from other parts of the world.

Anyone who intentionally sits less than one meter (a little more than three feet) away from another person in a public place or who stands less than a meter away from another person in a line will be guilty of an offense, according to rules published by the country’s health ministry. The new restrictions also ban people from sitting on fixed seats that have been marked to indicate they should not be occupied. The measures, which are expected to be in place until April 30, apply to business and individuals.