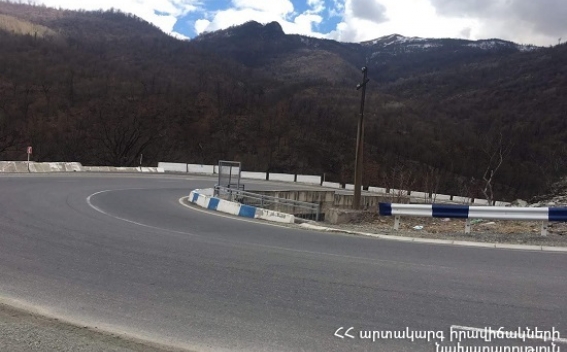 According to the Ministry of ES of RA on March 28 by 08:15 roads are mainly open in the Republic of Armenia.

According to the information provided by the Department of Emergency Situations of the Ministry of Internal Affairs of Georgia and from the Department of Crisis Management Center of the Republic of North Ossetia of the Ministry of Emergency Situations of the Russian Federation Stepantsminda-Larsi highway is open only for trucks after intensive snow removal.

At the same time the decision of a ban on foreigners crosing the border of Georgia remains in force. The ban will not apply to the freight transport.