MYSQL ERROR: [1064]You have an error in your SQL syntax; check the manual that corresponds to your MariaDB server version for the right syntax to use near '' at line 1 North Korea Launches Two Short-Range Ballistic Missiles
YEREVAN C°
RA CB: 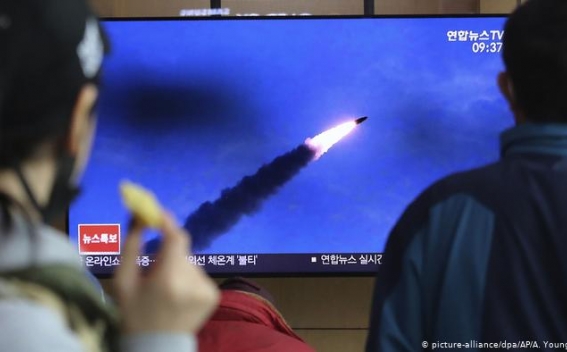 North Korea fired at least one unidentified projectile into the ocean off its east coast, South Korea’s Joint Chiefs of Staff said on Sunday, with Japan’s Ministry of Defense reporting that it appeared to be a ballistic missile, Reuters reports.

The ministry said that the missile did not land in Japanese territory or its exclusive economic zone.

If confirmed as a ballistic missile, it would be the fourth round of launches this month as North Korean troops conduct ongoing military drills, usually personally overseen by leader Kim Jong Un.