MYSQL ERROR: [1064]You have an error in your SQL syntax; check the manual that corresponds to your MariaDB server version for the right syntax to use near '' at line 1 North Korea Says Tested Multiple Rocket Launcher
YEREVAN C°
RA CB: 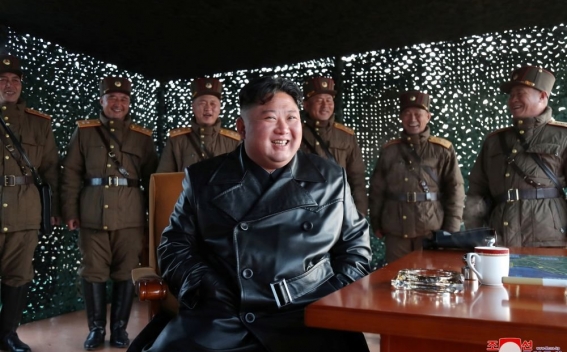 North Korea confirmed on Monday a series of missiles tests, claiming the test a day earlier of what state media said were super-large multiple rocket launchers had been a success, Al-Jazeera reports.

North Korea fired what appeared to be two short-range ballistic missiles off its east coast on Sunday, the latest in a series of launches that South Korea has called "inappropriate" as the world grapples with the coronavirus pandemic.

KCNA news agency said the launch was aimed at examining the strategic and technical features of the "super-large multiple rocket launchers", which have been tested a number of times since last August usually overseen by leader Kim Jong Un.

KCNA, the official news agency, did not mention Kim's attendance at the latest test, which was led by governing party vice chairman Ri Pyong Chol and conducted at the Academy of National Defense Science.