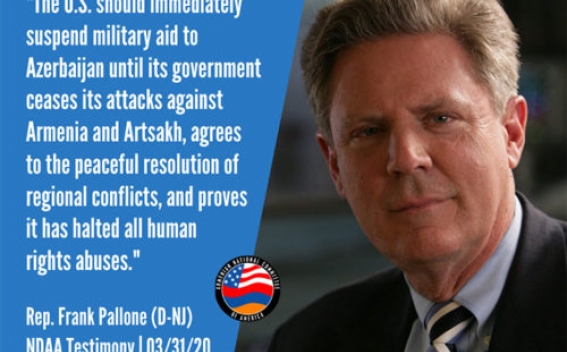 "The United States should immediately suspend military aid to Azerbaijan until its government ceases its attacks against Armenia and Artsakh, agrees to the peaceful resolution of regional conflicts, and proves it has halted all human rights abuses," Pallone stated in his testimony to the House Armed Services Committee. "We must also strive to send a more supportive signal to our regional partners currently undergoing positive, democratic transitions like Armenia by increasing security assistance and bolstering strategic cooperation between our countries."

Monday’s cross-border sniper fire by Azerbaijan injured two Armenian servicemen and hospitalized a child who was shot in the chest while playing on his apartment balcony.