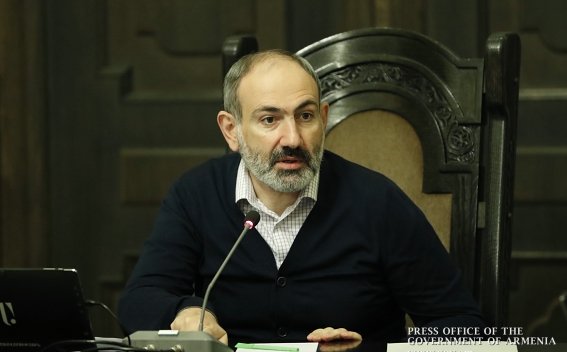 A consultative meeting was held under the chairmanship of Prime Minister Nikol Pashinyan, attended by the heads of those government agencies representing the economic bloc and Central Bank experts.

The Premier said the goal of the meeting was to assess the economic impact of Covid-19 and identify such opportunities as might emerge during and after the crisis. The Prime Minister stressed the need for the government to be quick-responsive to short-term and strategic opportunities, considering the imminent structural changes amid new economic realities.

A number of ideas, suggestions and recommendations were voiced during the meeting. The Central Bank experts presented their analysis of developments and trends in the global economy. The speakers emphasized the importance of encouraging investment and shaping new industries based on human capital, technology and knowledge. Prime Minister Pashinyan stated in this connection: “Consumer behavior needs to be changed. Creativity should be encouraged and promoted in companies and in society, in general.”

The Head of Government stressed the need to mobilize Armenia’s scientific potential in an effort to work out new development formulas for individual sectors. Noting that discussions in this format will be held on a regular basis, the Premier instructed the stakeholders to submit proposals and new ideas in the above-stated directions.