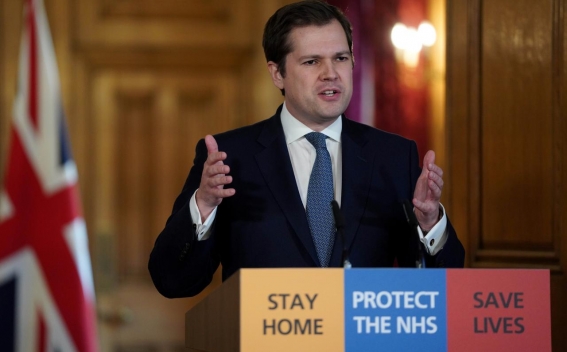 Prime Minister Boris Johnson continues to lead the government, housing minister Robert Jenrick said on Monday after the British leader spent the night in hospital for tests because he was still suffering symptoms of the coronavirus, Reuters reports.

“Obviously today, he’s in hospital having the test but he’ll continue to be kept informed as to what’s happening and to be in charge of the government.”