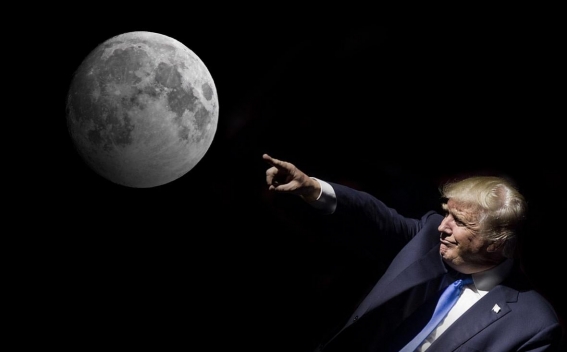 The water ice and other lunar resources that will help the United States establish a long-term human presence on the moon are there for the taking, the White House believes, space.com reports.

President Donald Trump signed an executive order today (April 6) establishing U.S. policy on the exploitation of off-Earth resources. That policy stresses that the current regulatory regime - notably, the 1967 Outer Space Treaty - allows the use of such resources.

This view has long held sway in U.S. government circles. For example, the United States, like the other major spacefaring nations, has not signed the 1979 Moon Treaty, which stipulates that non-scientific use of space resources be governed by an international regulatory framework. And in 2015, Congress passed a law explicitly allowing American companies and citizens to use moon and asteroid resources.