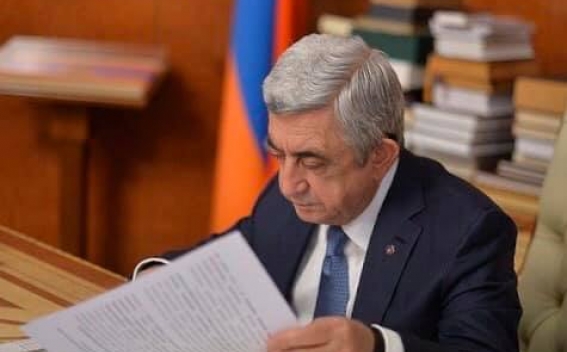 The office of the third President of the Republic of Armenia (RA), Serzh Sargsyan, received a reply letter today from the National Assembly Inquiry Committee for Examining the Circumstances of the Military Activities of April 2016, in which the committee provided vague answers to questions raised by the office, the latter informed in a statement on Wednesday, News.am reports.

"It was reported to President Sargsyan," the statement also reads, in particular. "Today the office will inform about RA third President Serzh Sargsyan’s position on the vague answers with such wording."