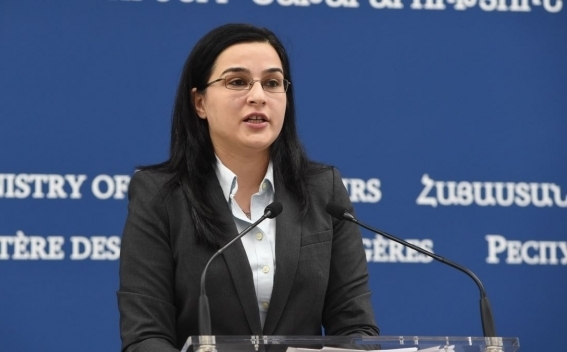 Foreign Ministry Spokesperson's answer to the question of "Kommersant" newspaper.

Answer: The outcomes of the meeting held on April 15, 2019, were reflected in a joint statement of the Foreign Ministers of Armenia, Russia, Azerbaijan and the OSCE Minsk Group Co-Chairs, which outlines the framework of negotiations and it does not contain any reference or even a hint to a phased approach to the settlement.

Any option of the settlement, which does not ensure the realization of the right of Artsakh to self-determination without any limitation, and which could undermine the security of the people of Artsakh is unacceptable for the Armenian sides.

Armenia has a clear vision of balanced approaches based on compromises and parity of commitments, which can lead to a just and lasting settlement of the Nagorno-Karabakh conflict.