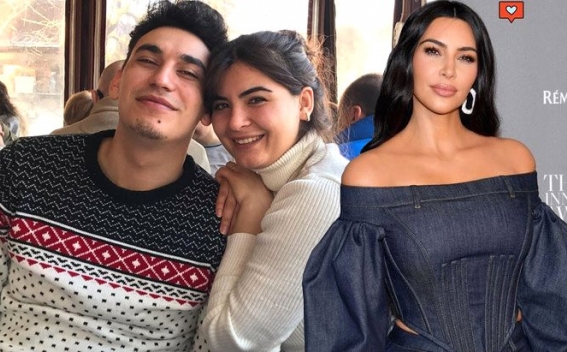 The post has sparked angry reactions from some Turkish users and they posted various comments.

The husband of hanife Gurdal, who is famous in Turkey from the marriage program, wrote under Kardashian's post: "Allah is one, and his army consists of only Turks".

Kadashian, in her turn,responded with the phrase "scarecrow society" and blocked him.