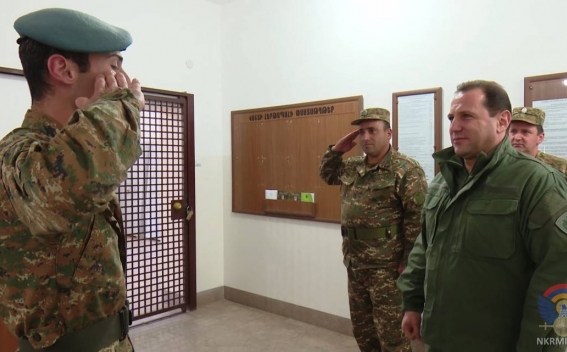 Armenia’s Minister of Defense Davit Tonoyan visited Artsakh between May 1-2 as part of the military cooperation and combined action plan of the two countries.

The main discussion points focused on the improvement of the service and social-household conditions of the servicemen, as well as combat and morale readiness, effective application of arsenal and military equipment, modernization and logistical issues.

Tonoyan praised the current level of military cooperation between Armenia and Artsakh.

The priority directions of future actions as part of the cooperation were adjusted.