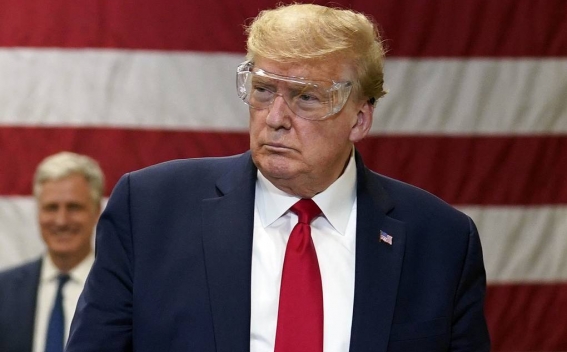 The White House is planning to terminate its coronavirus task force despite the continued spread of the COVID-19 infection in the United States and a growing death toll from the disease, Beijingnews reports.

During a visit to a factory in Phoenix, Arizona, that produces face masks, Trump told reporters, "Mike Pence and the task force have done a great job, but we're now looking at a little bit of a different form, and that form is safety and opening."

The United States currently has 1.2 million confirmed coronavirus infections, more than any other country in the world, and more than 70,000 COVID-19 deaths.

Trump acknowledged that the health crisis is far from over but said, "we can't keep our country closed for the next five years."

The U.S. economy has been hard hit by the coronavirus pandemic. More than 30 million Americans have filed for unemployment.

White House economic adviser Kevin Hassett said Tuesday that he expects the unemployment rate for April to be above 16%, "maybe as high as 20%." He told CNN network that "we are looking at probably the worst unemployment rate since the Great Depression."