We Continue Working as Two Equivalent Partners: Armenia's FM about Relations with Russia 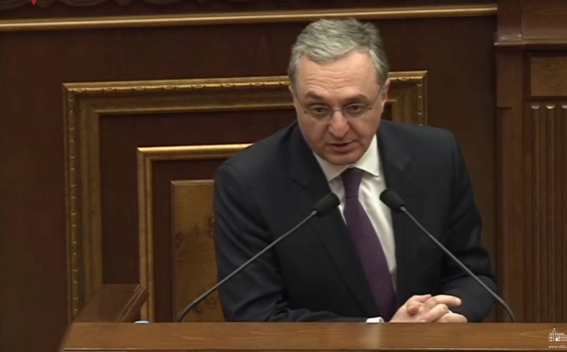 Foreign Minister of Armenia Zohrab Mnatsakanyan reaffirms that relations with Russia were and remain one of the priority foreign policy directions of Armenia, ARMENPRESS reports Mnatsakanyan said during parliament-Cabinet Q&A session, answering the question of an MP from ''Luminous Armenia'' Party about the recent announcement of Russian FM Sergey Lavrov.

''We have Armenian-Russian relations, which are quite saturated, and we have history based on all the principles of allied relations, which are reflected in many legal documents and have very concrete applications. These relations are about numerous spheres, starting from security sphere. Our Government has announced numerous times that these relations were and remain one of the key foreign policy directions of Armenia. And in this spirit we continue working with our Russian partners'', he said.

The Minister noted that naturally, there are different questions from the Armenian side, Russian side, but there is no need to make drama out of that. ''We are speaking about relations, which are not necessarily to start and end with toasts, each side has its questions and priorities. But all these are relations of partners and allies.  And we worked and will work in that way, as two equivalent partners, friends and allied countries'', he said.

The MP noted that no one questions the strategic relations with Russia, but the question is who were the announcements of Lavrov addressed to.