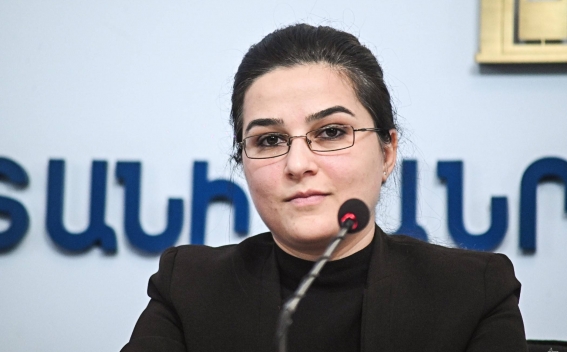 The 75th anniversary of the Great Patriotic War is a good occasion to recall and pay tribute to the sacrifices and unity of all the peoples who prevailed in the fight against the world's evil.

I regret that the President of Azerbaijan once again attempted to use the 75th anniversary of the victory over Nazism in World War II in his decades-long hostile propaganda against the Armenian people.

The contribution of the Armenian people to the victory of the Allied Powers in World War II has been inscribed in gold on the pages of world history.

We proudly remember the names of all Armenian heroes, whether fighting in the Red Army and its national divisions, in the armies of Allied Powers or in the ranks of the Resistance movement and intelligence. With their devotion and courage, they deserved to be commemorated along with their proud ancestors and national heroes, including the glorified warriors of World War I.

Today, on the territory of the Republic of Armenia, about six hundred monuments dedicated to participants of the Great Patriotic War are under the state protection and care. Those are the perpetuated witnesses of the history of our common victory. We condemn every attack on the monuments, and our resolve has been manifested not merely in words, but in the fact that no monument dedicated to World War II warriors has been a subject to attack in the history of Armenia.

From this perspective, I would like to address a question to the leadership of Azerbaijan in anticipation of an answer to be translated into certain actions: when will we witness the restoration of monuments of Chardakhlu settlement, which were dedicated to the heroes of the Great Patriotic War, including those dedicated to the Soviet marshals Ivan (Hovhannes) Baghramyan and Hamazasp Babajanyan, which were destroyed in the Republic of Azerbaijan?