Armenians Caused the Coronavirus to Plague Us: Garo Paylan Raised the Issue of Attack on Armenian Church in Turkey 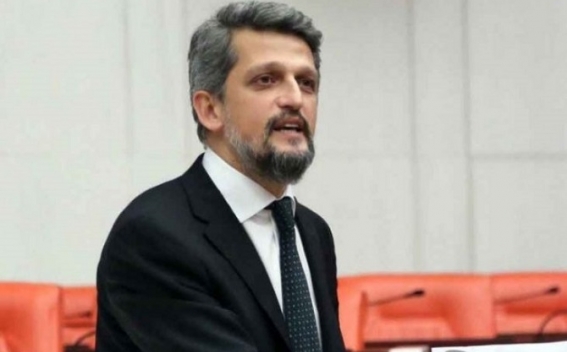 Peoples' Democratic Party (HDP) Diyarbakır MP Garo Paylan has submitted a Parliamentary question regarding the attempted attack against the Dznunt Surp Asdvadzadzni Church in Bakırköy, İstanbul on May 8, Bianet reports.

On that night, a person attempted to set the Armenian church's gate on fire. Releasing a statement about the incident later on, the Governor's Office of İstanbul announced that a suspect named M.K. was detained in relation with the incident and the investigation was ongoing.

Bringing this issue into Parliamentary agenda, Paylan has addressed a Parliamentary question to Minister of Interior Süleyman Soylu.

The MP has reminded the minister of President and ruling Justice and Development Party (AKP) Chair Recep Tayyip Erdoğan's speech on May 4, when he uttered the words "leftover of the sword," which is a derogatory expression used for the survivors of the Armenian Genocide.

Within this context, Paylan has asked Soylu whether this hate speech has any role in the attack that targeted the Armenian church in Bakırköy.

In his speech on May 4, President and AKP Chair Erdoğan stated, "Even though they are now very few in number, we don't let the pursuits of terrorists that are leftovers of the sword..."

Paylan has briefly stated the following in his Parliamentary question:

"On May 8, a hate attack was committed against the Armenian Church in Bakırköy, İstanbul by its gate being set on fire. It has been reported in the press that after the suspect who launched the hate attack was caught, he said, 'I burned it because they caused the coronavirus to plague us.'

"Recurring hate attacks are recently launched against churches in Bakırköy and other districts. Discriminatory remarks and hate speech were written on the walls of places of worship. There were attempted armed attacks."

Paylan has asked the following questions to Interior Minister Soylu:

"Do you think that the hate speech used by the President [Recep Tayyip Erdoğan] such as 'leftovers of the sword' plays any role in the hate attacks targeting minorities' places of worship?

"What kind of precautions do you take to ensure the security of minorities' places of worship, which are frequently subjected to attacks?

"I am of the opinion that these hate attacks are directed by visible and invisible groups within the state, as it was the case in the past. Can you easily say the opposite?" (EKN/SD).