Citizens not Having Masks in Open Territory to Be Fined by 10,000 AMD 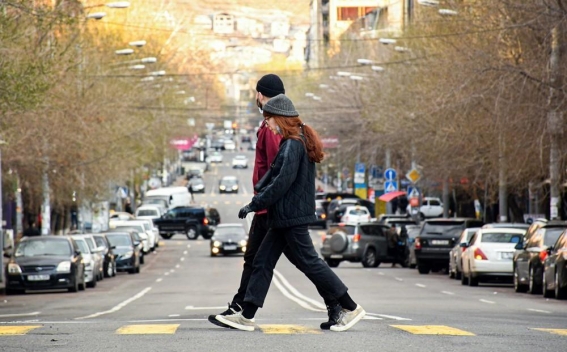 The Armenian National Assembly adopted in the second reading today the draft bill on making changes and amendments in the legislation on Administrative Violations, Aysor.am reports.

The deputies reviewed the fines set for violation of free movement restrictions during the state of emergency making them from 100,000-250,000 to 10,000 AMD.

It is noted that there is no demand to wear it in open territories but its existence is mandatory. The responsibility for not wearing masks in closed territory will lay on the business entity.

Having mask in open territory is necessary for the person to wear it in case of necessity to enter a closed area.

It means that the citizens having been fined 100,000-250,000 AMD previously for not having movement paper during the state of emergency will pay 10,000 AMD fine.

The retroactive effect will not relate to citizens who violated isolation or self-isolation demands. The amount of fine set for these violation will remain the same.