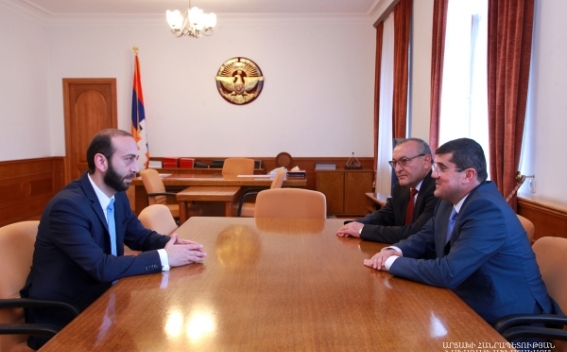 President Haroutyunyan rated high the current relations between the parliaments of the two Armenian republics, underlining that they should be consistently developed.

Within this context Arayik Hroutyunyan considered important activating the cooperation with the newly-elected National Assembly of Artsakh and establishing qualitatively new relations.

Ararat Mirzoyan congratulated Arayik Hroutyunyan in connection with assuming the high post of president and assured that all efforts would be made to develop closer and more effective mechanisms for working with their Artsakh colleagues.

Chairman of the Artsakh Republic National Assembly Arthur Tovmasyan partook at the meeting.