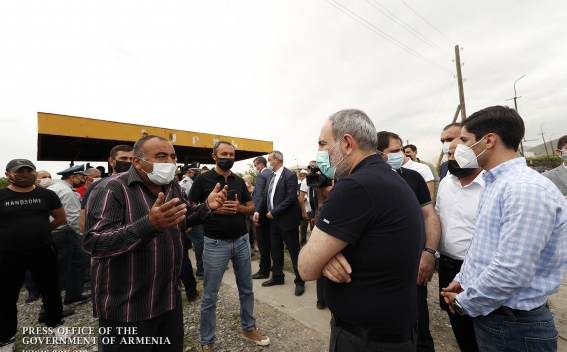 Accompanied by Minister of Territorial Administration and Infrastructure Suren Papikyan and Minister of Economy Tigran Khachatryan, Prime Minister Nikol Pashinyan traveled to Ararat Marz of Armenia. The Premier visited several communities where he talked to the locals in order to learn of their problems and concerns.

The Prime Minister first called at Azatavan community, where Nikol Pashinyan got acquainted with the works carried out in the newly established intensive orchard. The owner said that he had founded it using the government’s interest-free loan. The 12-hectare-wide orchard features special varieties of pear and cherry trees were planted that have been imported from the Netherlands and Italy. According to the agriculturist, he studied the market and found out that these types of pears and cherries are widely consumed in both domestic and foreign markets. He noted that he wants to expand the orchard, but there is a problem with the land, now he is negotiating with other landowners.

12 people are engaged in maintenance activities, with the number of jobs to be increased to 50 during the harvesting campaign. Part of hail protection nets had been imported from Italy, while others are Armenian products. The farmer assured that the Armenian-make nets are not at all inferior in quality to the Italian ones.

Welcoming the initiative, the Prime Minister noted that the biggest problem is the lack of farmland. He stressed the need for setting up cooperatives in the provinces.

The Prime Minister next visited an apricot orchard in Qaghtsrashen community, where he was briefed on harvest and irrigation-related problems. The Prime Minister highlighted the fact that the farmers were concerned about the lack of relevant skills in agriculture.

“A revolution is taking place in agriculture. This is the first time I have heard a farmer raise the issue of knowledge and skills. I had not heard a talk like this in the past. When we told farmers that perhaps they were doing something wrong, they used to say: We have been growing apricots for so many years now, but you come and tell us we are wrong,” Nikol Pashinyan said, noting that people nowadays have started to acknowledge that there is a problem of knowledge and skills. The Premier stressed the need for the government to provide information on modern farming skills and technologies.

On the steeper slopes of the land (about 7 hectares) fruit orchards have been established, which are planned to reach up to 20 hectares, in particular apricot plantations: Yerjan, Aghjanabad and Saten varieties, peach planting: medium-sized narcissus և Uspekh varieties: plum, plum For the production of dried fruit vodka. The owner told the Prime Minister that an important part of the project is the construction of a 3.5 km long high-voltage power line with pillars, the construction of a bridge, the establishment of a wine and brandy factory, a tractor park and roads. Engineering work on the bridge and wine-brandy factory has already started. Work on other infrastructure will start soon.

A research and development center will be set up, which will use the most advanced technology in the field of land cultivation, irrigation and winemaking. The project implies the possibility of becoming a unique center of tourism, strong with a wine-brandy-dried fruit tasting facility. Some 20 people from Qaghtsrashen and Narek communities are involved in the ongoing activities.

Nikol Pashinyan welcomed and wished the project every success. 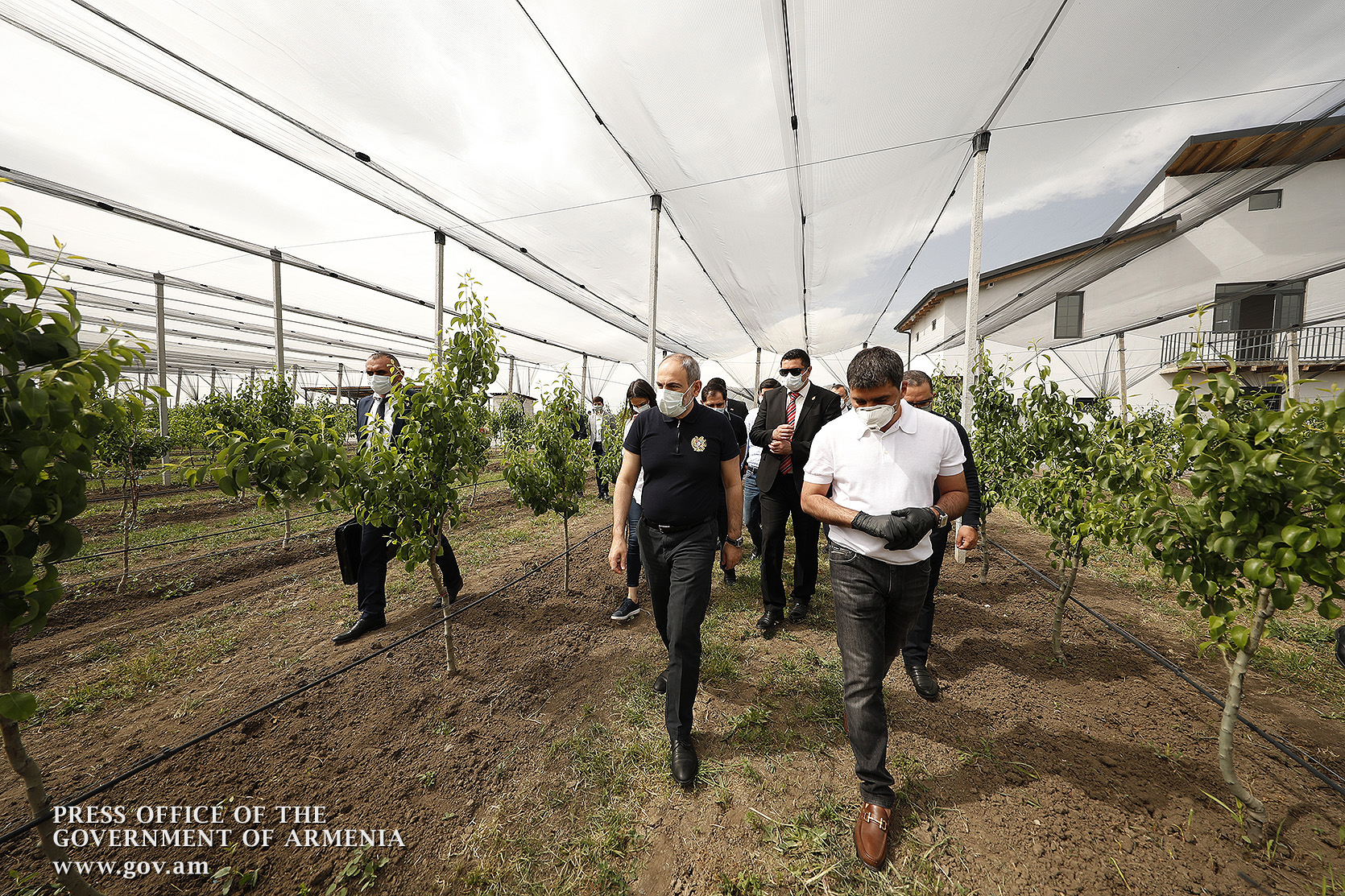 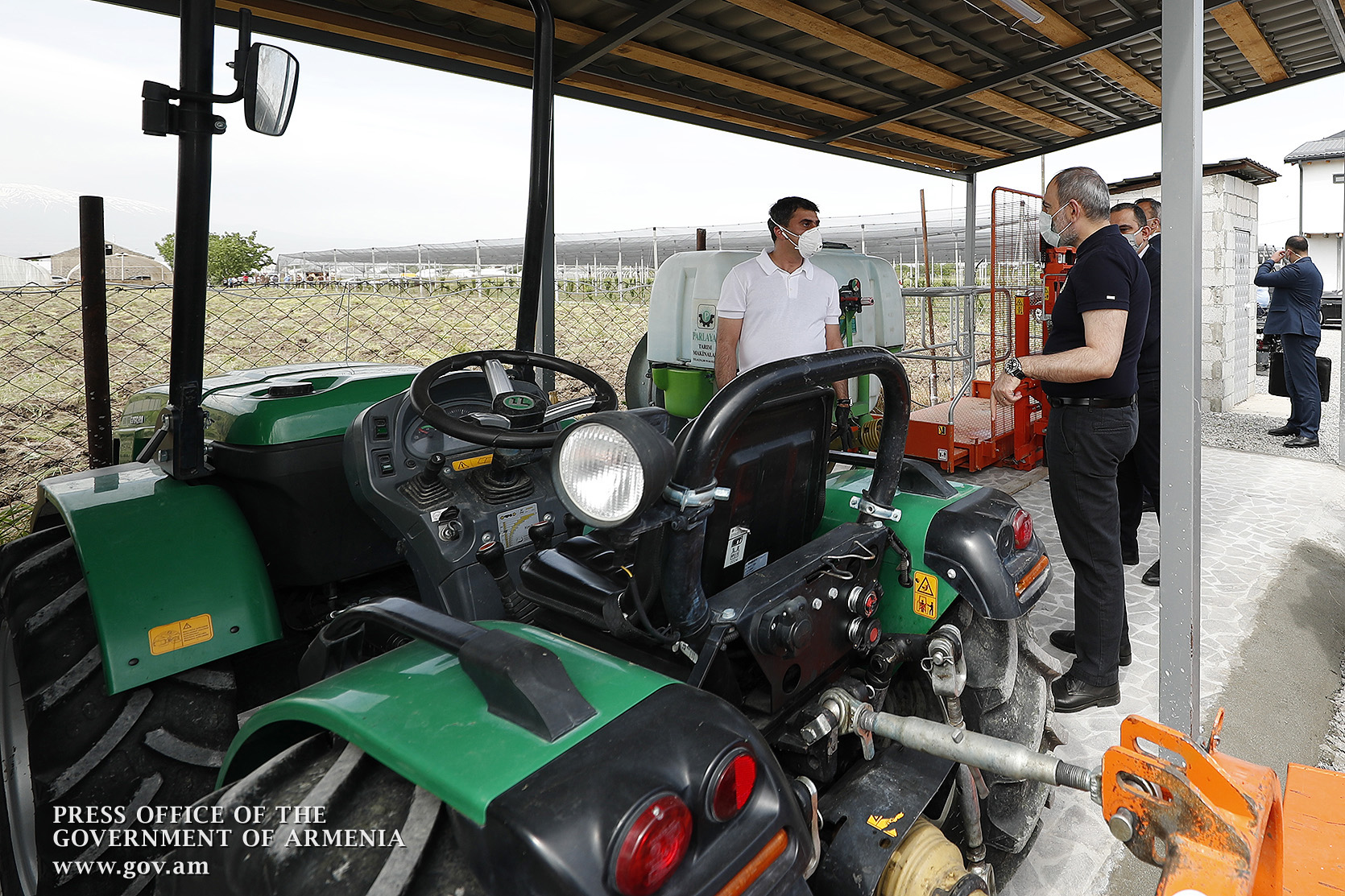 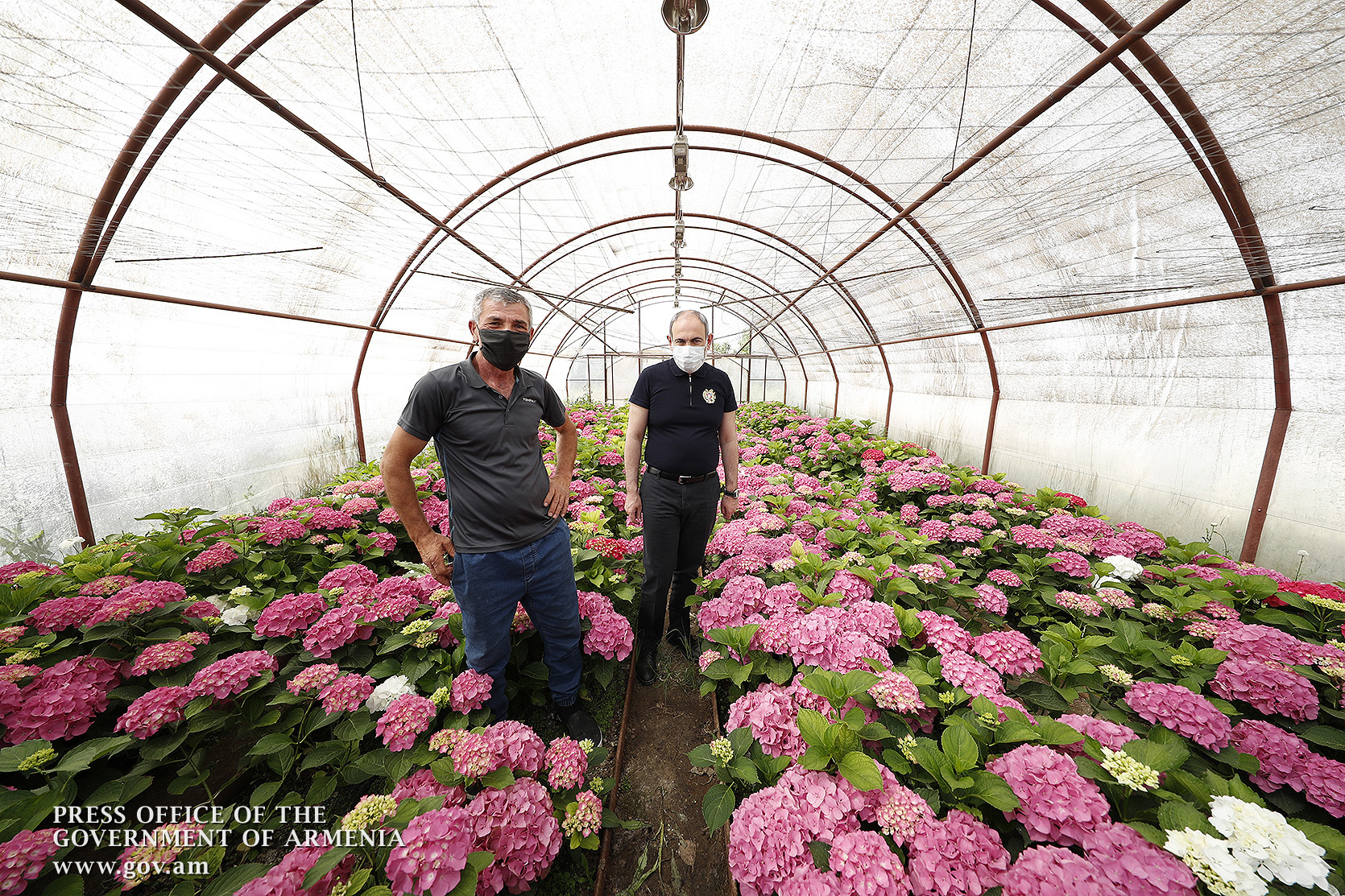 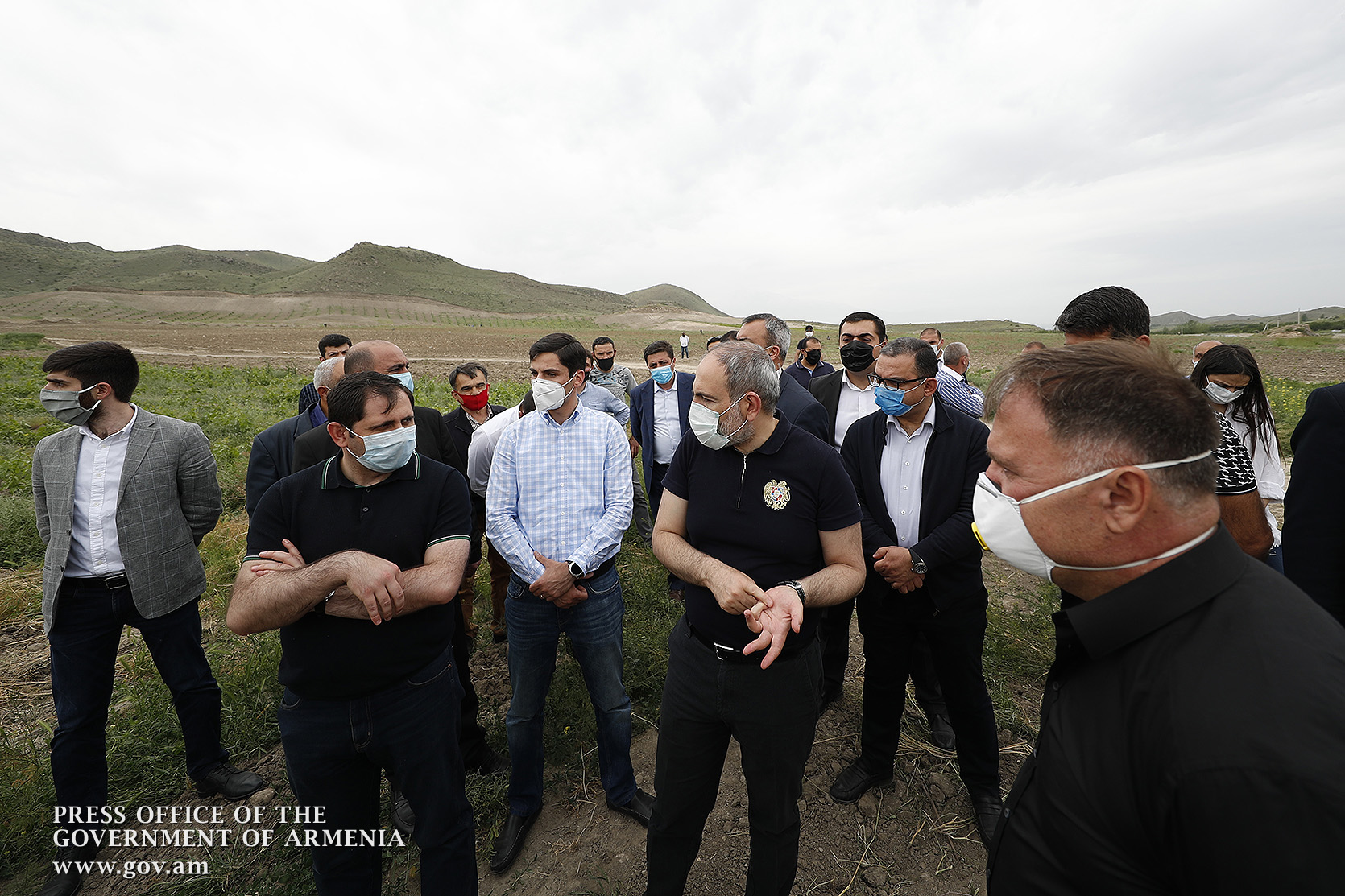 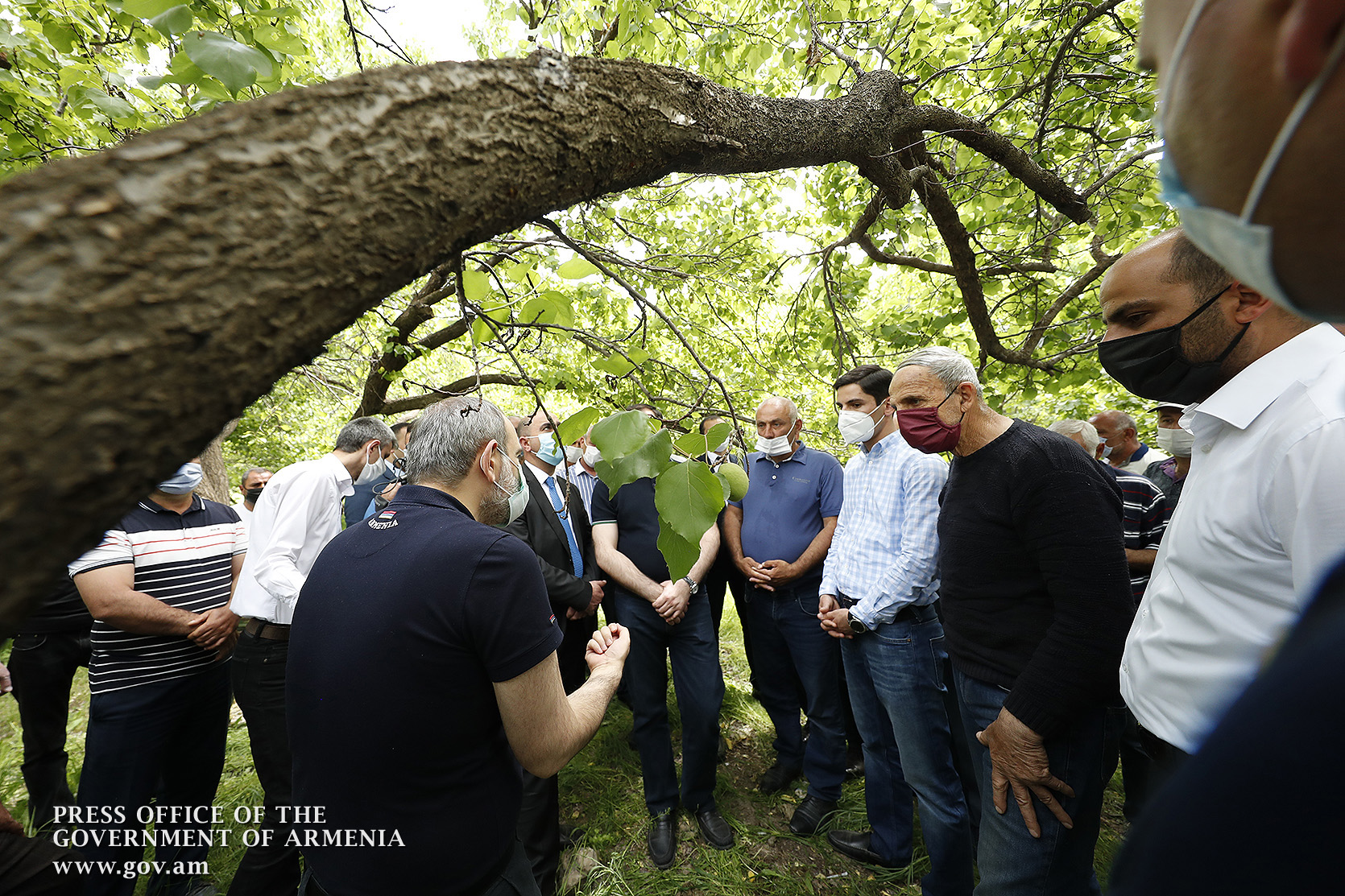