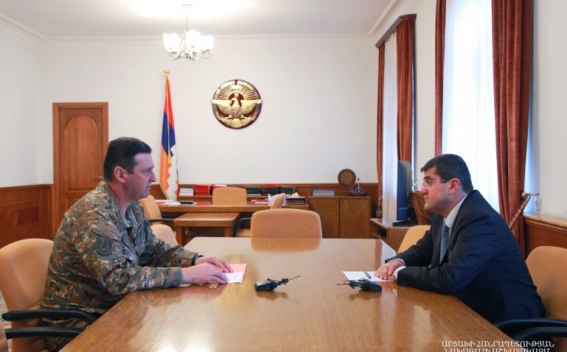 President Harutyunyan said the authorities of the Republic, together with the commanding staff of the Armed Forces, will do the utmost to consistently raise the country’s defense and solve the socio-economic problems of the servicemen.

He said tangible steps will soon be taken to provide servicemen with apartments ahead of schedule.