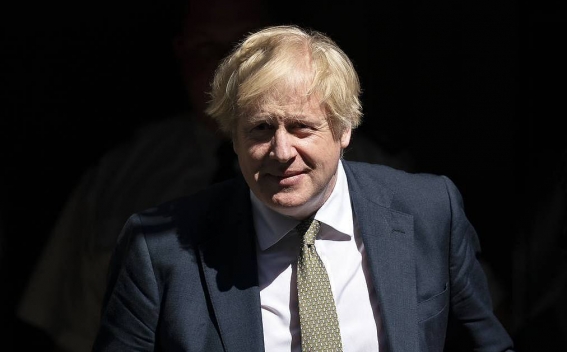 Boris Johnson has spontaneously declared bad eyesight might be a coronavirus symptom in a bid to defend his top aide Dominic Cummings, Mirror reports.

The Prime Minister said it is "very very plausible that eyesight can be a problem associated with coronavirus", telling journalists he's having to wear glasses "for the first time in years".

Problems with vision or eyesight are not listed among Covid-19 symptoms by the World Health Organisation. Conjunctivitis, a swelling of the eye, is listed among "less common" symptoms.

NHS England advice mentions only the main symptoms of fever, cough and a loss of smell.

Poor vision or eyesight is also not mentioned as a coronavirus symptom by the US Centers for Disease Control and Prevention (CDC).

It took the UK government months to acknowledge a loss of taste or smell was a symptom of coronavirus, with experts saying they wanted to be sure about adding any new symptom to the official list.

Yet Mr Johnson made the new claim today after his top aide said he went for a 30-mile drive to test his eyesight while in lockdown.

Mr Cummings admitted he drove from the Durham home where he stayed to nearby Barnard Castle on Easter Sunday - a half hour drive. The trip happened on April 12, his wife Mary's 45th birthday.

He claimed it was on Day 15 since illness struck, and was to test his eyesight before going back to London down the A1.

He said his vision had been "a bit weird" so his wife suggested to "drive down the road" to check it.

“It was reasonable and sensible to make a short journey before embarking on a five hour drive”, he said.

Yet asked if he really expected millions to believe the excuse, the Prime Minister claimed it was perfectly reasonable.

He told journalists: "On the point about eyesight, I’m finding I have to wear spectacles for the first time in years, I think because of the effects of this thing."

Waving the glasses in front of the camera, he went on: "So I’m inclined to think… that’s very very plausible that eyesight can be a problem associated with coronavirus."

Mr Johnson did not guarantee Mr Cummings will avoid being sacked in future - but insisted he had followed the rules, despite driving 500 miles in lockdown.

The PM said: "Of course I can’t give any unconditional backing to anybody.

"But I do not believe that anybody in No10 has done anything to undermine our messaging.

"The only way to solve this problem is if we stay alert, follow the guidelines, control the virus and save lives."

Mr Johnson confirmed he found out his top aide had driven to Durham a few days after it happened but complained "I had a lot on" with his own illness.

He said: “I have to tell you at that particular stage I had a lot on my plate and really didn’t focus on the matter until these stories started to emerge in the last few days.

“Do I regret what has happened? Yes of course - I do regret the confusion and the anger and the pain that people feel.

“This is a country that has been going through the most tremendous difficulties and suffering in the course of the last 10 weeks and that’s why I really did want people to understand exactly what had happened.”