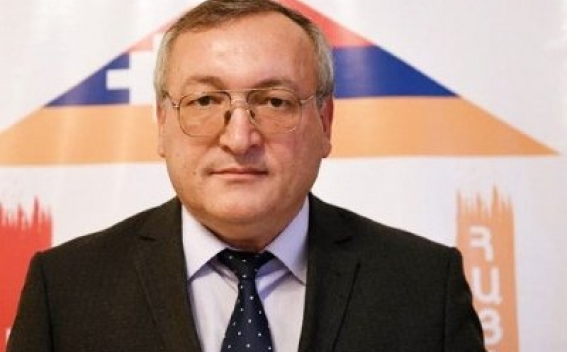 Speaker of the National Assembly of Artsakh (Nagorno-Karabakh) Artur Tovmasyan posted the following on his Facebook page, News.am reports:

“Although the OSCE Minsk Group stays true to the peaceful settlement of the Nagorno-Karabakh conflict, over the past few days, President of Azerbaijan Ilham Aliyev and the entire propaganda of the Aliyev clan of the official Baku is making statements on achieving military advantage over Armenia and Artsakh, and perhaps they are taking advantage of the prerequisites created during the pandemic.

I believe Azerbaijan understand that a new war will lead to a tremendous amount of casualties and material losses. As for us people of Artsakh, we are not too concerned about Aliyev’s belligerent statements because it is clear that such statements are very often for internal consumption. However, our people are also capable of fighting at any moment,” the parliamentary speaker said, adding that this time it’s safe to assume that the Azerbaijani president’s belligerent statements are also addressed to the new authorities of Artsakh “to test their spirit and alertness, and in response, President of Artsakh Arayik Haroutyunyan gave an adequate response, clearly declaring that speaking in the language of force with Artsakh will be devastating for Azerbaijan”.

The parliamentary speaker added the following: “In case of a new war, our army will be able to suspend the enemy’s attack in a short period of time and move the war to Azerbaijan and end it the way it ended during the first Azerbaijan-Artsakh war in 1992-94 and, why not, also during the Four-Day Artsakh War in April 2016 because the international community in general and all Armenians in particular are very well aware which of the sides addressed the Russian Federation (co-chairing country of the OSCE Minsk Group) with the request for ceasefire.”