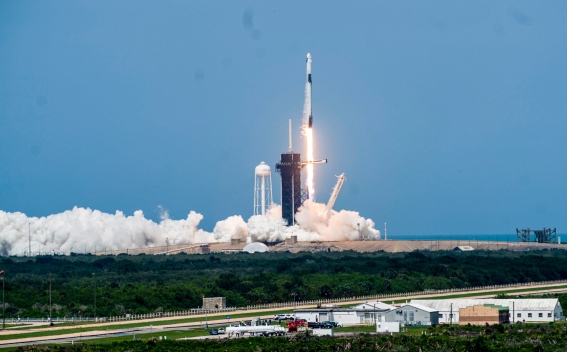 Elon Musk's SpaceX made history on Saturday (May 30) after becoming the first private company to successfully send astronauts into orbit, Euronews reports.

The launch was important also because it was NASA’s first human spaceflight departing from US soil in nearly a decade.

Astronauts Doug Hurley and Bob Behnken are expected to reach the International Space Station after a 19-hour journey.

They will then spend one to four months there, before guiding their capsule to a splashdown in the Atlantic.