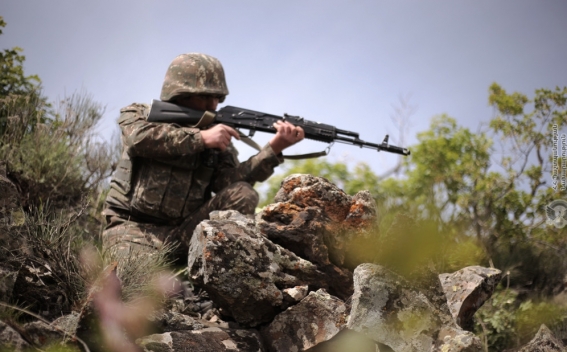 A footage and reports circulated online suggest the Armed Forces of Armenia have destroyed an Azerbaijani military equipment in Nakhijevan direction. Panorama.am turned to the Ministry of Defense to comment on the reports.

Spokesperson at the ministry of defense Shushan Stepanyan refused to provide comments on the video and the actions of the Armenian Armed Forces.

“i can only mention that the RA Armed Forces never launch aggression and only respond proportionally to the provocations by the adversary,” Stepanyan said.