UN Calls For US Protests to be Peaceful 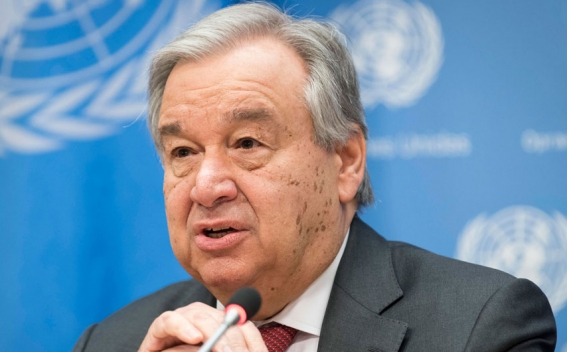 The United Nations is calling for the demonstrations in the United States over the police killing of George Floyd to be conducted peacefully and warned against the use of force against protestors, UN Secretary-General Antonio Guterres' spokesman Stephane Dujarric said on Monday, Teletrader reports.

"Grievances must be heard, but they must be expressed in peaceful ways and authorities must show restraint in responding to demonstrators," Dujarric said. "Police forces around the world need to have adequate human rights training, and there also needs to be an investment in social and psychological support for police so they can do their job properly," he added.

Riots have been raging across the US with protesters clashing with the police in multiple cities including New York, Washington DC and Los Angeles with the Trump administration deploying the National Guard in an effort to contain the violent demonstrations.