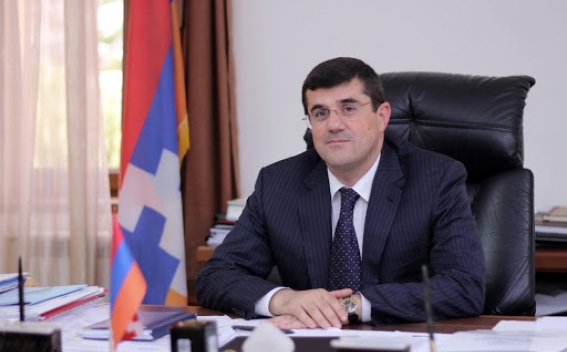 On 4 June Artsakh Republic President Arayik Harutyunyan sent a condolence letter to the family of prominent writer and publicist Maxim Hovhannisyan in connection with his death.
The letter runs as follows:
"I have learnt with deep sorrow about the death of prominent writer, publicist, journalist, intellectual and citizen Maxim Hovhannisyan.
Maxim Hovhannisyan made a tangible contribution to the responsible mission of organizing the Artsakh movement. He expressed the emotions and aspirations of the Artsakh Armenians in a difficult and fatal period for us.
On behalf of the people, authorities of Artsakh and myself personally I express my condolences and support to all the relatives and friends of the deceased, to the thousands of fans of his prolific pen.
The memory of the great intellectual will remain bright in the hearts of those who knew him."